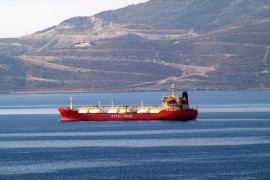 StealthGas, a ship-owning company serving the liquefied petroleum gas (LPG) sector of the international shipping industry, announced that it has completed the spin-off of its wholly-owned subsidiary, Imperial Petroleum Inc., the holding company for four tanker vessels, effective December 3, 2021.