HomeHeadlinesSubsea 7 agrees to combine its Renewables business unit with OHT

Subsea 7 agrees to combine its Renewables business unit with OHT 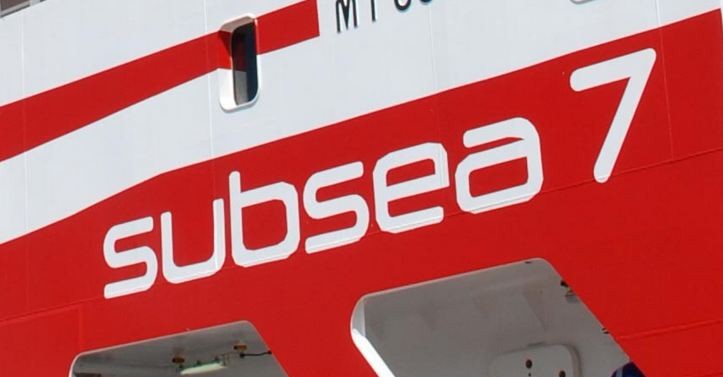 Subsea 7 announced an agreement to combine its Renewables business unit with OHT, subject to the customary approvals, conditions and relevant employee consultations. The combined company will be renamed Seaway 7 ASA and will initially retain OHT’s listing on Oslo’s Euronext Growth market, with a view to a future listing on Oslo Børs.

The transaction will create:

John Evans, Chief Executive Officer, Subsea 7 said: “This transaction represents an important next step in Subsea 7’s Energy Transition journey that will accelerate and enhance value creation for our shareholders. As a listed company with a comprehensive fleet and experienced management team, Seaway 7 ASA is positioned to forge an enhanced growth trajectory as a global leader in offshore wind. Subsea 7 looks forward to working closely with Seaway 7 as it launches this next exciting chapter in its evolution.”

Torgeir E. Ramstad, Chief Executive Officer, OHT said: “This is a very significant event in the growing Renewables industry. Subsea 7 is a highly respected company and we are delighted that it sees OHT as a natural partner in creating a new global leader in renewables. We are committed to translating the leading capabilities that the combined company will offer into benefits for clients within the offshore fixed wind industry.”

Contributions to the Combination

Subsea 7’s Renewables business unit brings to the combination a long track record of executing large and complex offshore wind projects, drawing on its engineering expertise, well-established project and supply chain management, and efficient installation. Since 2009, it has installed over 700 foundations, more than 30 substations and over 800 kilometres of submarine cables using its fleet of two heavy lift vessels, two cable lay vessels and an installation support vessel. With over 500 employees in offices in France, Germany, Netherlands, Poland, Taiwan, the UK and the US it has a presence in each of the offshore wind industry’s key existing and future growth markets, and well-established relationships with the industry’s leading developers. Subsea 7 will retain its business in floating wind, which will not be part of this transaction.

OHT brings to Seaway 7 ASA a fleet of five heavy transportation vessels, increasingly deployed to transport large offshore wind structures. It also has two high-end installation vessels currently under construction. The first, due for delivery in 2022, is a state-of-the art customised wind turbine foundation installation vessel equipped with dynamic positioning and a unique “smart deck” for efficient installation of monopiles as well as jacket foundations. The second, due for delivery in 2023, is a jack-up heavy lift vessel capable of efficiently installing the largest wind turbines as well as wind turbine foundations. The timing and pricing of OHT’s new builds are attractive in the context of significant market expansion from 2025.

Drawing on an expanded and diversified asset base, Seaway 7 ASA will offer a full range of specialist standalone transport and installation (T&I) services, as well as integrated T&I and EPCI solutions that combine the installation of turbines, foundations, substations and cables. The addition of heavy transportation capabilities provides further value chain integration opportunities as well as mitigating risks associated with delivery schedule management.

The offshore wind industry is a high-growth market that is expected to drive sustained, strong demand for the services of contractors. Between 2020 and 2030, the annual installation of wind power, measured in gigawatts, is anticipated to grow at a compound average rate above 20%.
While the foundation installation market is currently competitive, the markets for cable lay and turbine installation are more favourable and installation capacity in all markets is expected to be absorbed by 2025. The market dynamic of all three sectors is expected to improve materially from 2025 onwards.

Seaway 7 ASA will leverage strengthened capabilities and a differentiated asset base to capture an increased share of this high-growth market and reinforce its position as a global leader in the offshore wind industry. Looking ahead, with the financial and operational support of its parent company, Seaway 7 ASA will have the opportunity, if market conditions permit, to accelerate the expansion of its specialized fleet.