HomeHeadlinesTankers May Get Sudden Boost If Iran Nuclear Deal Is Reached -... 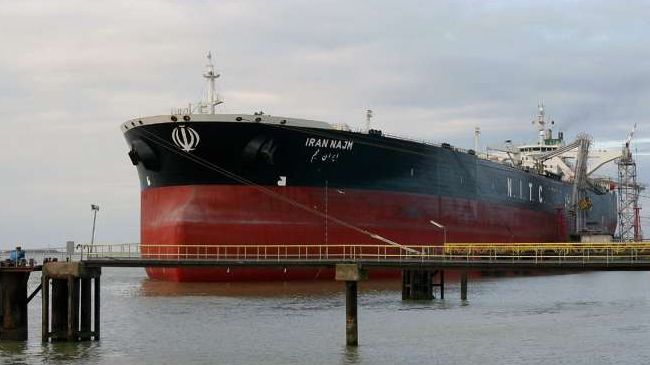 Progress toward an Iranian nuclear deal has thrown the spotlight onto a sizeable cache of crude held by Tehran that could be swiftly dispatched to buyers in the event an agreement gets hammered out.

About 93 million barrels of Iranian crude and condensate are currently stored on vessels in the Persian Gulf, off Singapore and near China, according to ship-tracking firm Kpler, while Vortexa estimates the holdings at 60 to 70 million barrels. In addition, there are smaller volumes in onshore tanks.

“Iran has built up a sizable flotilla of cargoes that could hit the market fairly soon,” said John Driscoll, chief strategist at JTD Energy Services. Still, he said it may take “a bit of time” to iron out insurance and shipping issues, as well as spot and term sales post-sanctions.

The possible full readmittance of Iran to the global crude market, with the potential lifting of US sanctions, comes at a complex moment for oil traders. Investors are juggling the countdown toward far tighter European Union curbs on Russian crude flows from December as part of the bloc’s pushback against the war in Ukraine. In addition, the Biden administration’s mammoth sale from the Strategic Petroleum Reserve will end in October.

The potential return of Iranian barrels into global oil markets — both from the volumes in floating storage and over the longer term — has weighed on futures prices in recent weeks, offsetting signs of tightness elsewhere.

The focus for diplomats is the revival of a multinational accord that limited Iran’s nuclear program in exchange for the lifting of related sanctions, including on oil flows. The original deal collapsed after then-President Donald Trump abandoned it. Last week, the US sent its response to the latest proposal, boosting speculation an agreement may soon be struck, although Tehran said Sunday that exchanges will now drag on into September.

Iran’s offshore crude hoard compares with the average daily global supply this year of about 100 million barrels a day, according to an estimate from the International Energy Agency. In the US, President Joe Biden has been releasing about 180 million barrels from the SPR over a six-month period.

Since former President Trump stopped granting waivers to import Iranian oil following American sanctions, Iran’s daily shipments have held at about 1 million barrels, according to Emma Li, an analyst at Vortexa. China has remained among the top buyers, as other nations backed away.

The current volume of crude and condensate in onshore storages within Iran is estimated at about 48 million barrels, Kpler data showed, adding that the producer could be holding even more oil in some land storages around China.

Longer term after any deal is struck and the offshore cache is drained, Iran would seek to rebuild production and step up overseas sales. Goldman Sachs Group, which is skeptical about a breakthrough in the near term, said even if a deal is reached, these won’t begin until 2023, according to a note.

While Iran may aim to fill the void left by Russia in Europe, namely in Spain, Italy, Greece, and even Turkey, Tehran would also attempt to reclaim its share in the prized Asian market, even if it takes a sweetening of terms, Driscoll said.

“It’s natural for Iran to want to supply Europe first to fill in the hole left by post-invasion sanctions against Russia,” Driscoll said. “But in the longer run, they will be looking to place their barrels under long-term deals in Asia.”