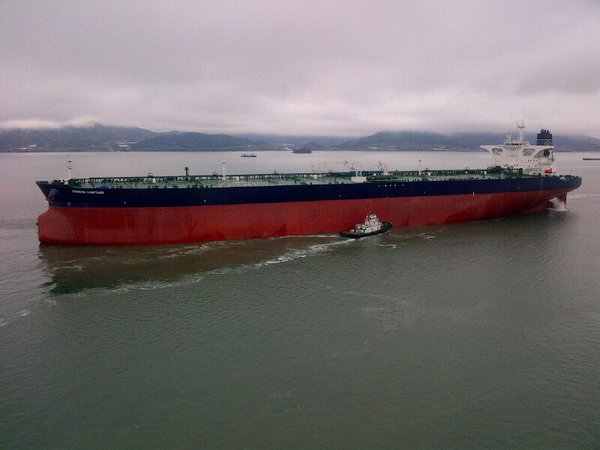 VLCC freight rates for hauling crude from the US Gulf Coast to China have hit a two-year high at lump sum $10 million, attributable to burgeoning oil demand, a tightened position list and changing trade flows that began with the Russia-Ukraine war.

Platts assessed the benchmark VLCC freight rate for the US Gulf Coast to China route, transporting 270,000 mt of crude, at lump sum $10 million on Sept. 14, up $2.8 million, or 39%, from Aug. 10, data by S&P Global Commodity Insights showed. Platts is part of S&P Global.

Platts last assessed rates higher for the USGC to China route at $11.5 million on April 30, 2020, at the tail end of the floating storage boom, when about 5% of the global tanker fleet was taken out of the freight trade as charterers capitalized on a deep crude contango market. Freight for VLCCs has since been in a slump as the market has faced oversupply issues amid crude demand destruction from the coronavirus pandemic, as well as OPEC+ production cuts.

Another factor leading to the increases in freight to Asia from the US Gulf Coast has been the altered trade flows following the Russia-Ukraine war, which began in February. The need to rebalance tonnage supply globally was seen following Europe’s efforts to replace Russian crude with crude from the USGC. Crude exports from the USGC to Europe hit sky high numbers of 8.248 million mt, which when converted based on an API of 7.71, would be 2.05 million b/d in the month of August alone, according to Platts cFlow ship and commodity tracking software from S&P Global. Certain buyers in Asia, like China and India, have increased their purchases of discounted Russian barrels.

Crude exported from the US Gulf Coast has seen its share of exports to Asia hit 41% in July, coming up from a 33% low in April, a number which hasn’t been seen since the height of the US-China trade war in 2019. The fixture count for VLCCs making USGC to Asia runs in July 2022 clocked in at 13, while numbers spiked to 24 in August 2022, a 46% increase. The number of VLCCs making the same run in July 2021 was six, while only one was reported in August 2021.

Ton mile demand is returning as we see more ships make long haul runs vs. trans-Atlantic so far in September. There have been 15 VLCC ships placed on subjects this month out of the US Gulf to Asia, while only four VLCCs have been booked to Europe, according to Platts fixture data.

As more ships were looking to fix October dates for Eastern-heading voyages, alongside the market already accomplishing firm rates, the position list continued to shrink, giving owners the upper hand in negotiations to keep pushing rates up firmer.

“The list is pretty tight,” said one shipbroker. “The AG market has been busier and VLCC markets tend to all move together.”

Increased US and Brazilian volumes heading East also had a hand in the upward trend encompassing other global regions by attracting more tonnage in the Atlantic. The Persian Gulf and West African markets have been very active in particular, only exacerbating the slimming position lists, according to shipping market sources.

“Activity across the board will continue to stretch the tonnage,” said another shipbroker.

A lack of available ships for charterers looking to fix for earlier in the month dates, as well as the favorable rates for shipowners out of the US Gulf, had the number of ballasters in the USGC up to Oct. 13 hitting 20 ships.

An uptick in the number of crude cargoes heading to other Asian countries, especially Japan and South Korea, has also contributed to firming freight levels as demand is rebounding. China’s zero-tolerance approach to COVID-19 and the subsequent city lockdowns puts their economy in a precarious situation. Although other Asian countries show healthy demand, Chinese demand teeters. According to S&P Global analysts, further gains are expected as we move towards the seasonally higher fourth quarter.