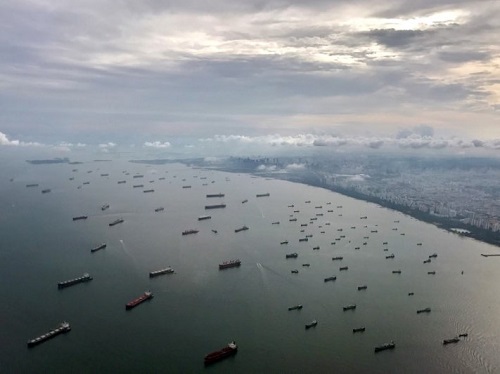 The overall index, which factors in rates for capesize, panamax and supramax vessels, rose 37 points, or 2.7%, to 1,418.

However, the index has fallen 36% for the month, its fourth consecutive monthly decline.

The index has fallen nearly 48% this month.

“Dry bulk spot rates are seasonally soft in Q1 but should return to cyclical strength in 2022 as demand growth is expected across all dry bulk commodities,” analysts at Jefferies wrote in a note.

Earlier this month, BHP Group and Rio Tinto warned of disruptions from labour shortages, which could hamper output and shipments of the steelmaking ingredient.

Australia accounts for about 60% of iron ore shipments to China, while Brazil is the second-biggest supplier with a share of about 20%.

The panamax index eased 12 points to 1,828, its lowest since April.