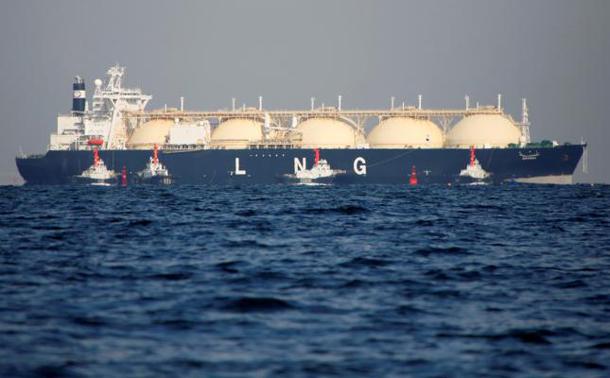 The European Union and United States unveiled a deal on Friday to supply Europe with more U.S. liquefied natural gas (LNG), as leaders of the European bloc meet to curb their reliance on Russian fossil fuels and deal with an energy crunch.

The pact announced during a visit by U.S. President Joe Biden to Brussels, follows a day of three summits in the EU capital where leaders lambasted Russia’s invasion of Ukraine and offered fresh support to Kyiv.

The invasion by Europe’s top gas supplier has pushed already-high energy prices to records and prompted the EU to pledge to cut Russian gas use by two-thirds this year by hiking imports from other countries and boosting renewable energy.

“The United States will work with international partners and strive to ensure additional LNG volumes for the EU market of at least 15 bcm in 2022, with expected increases going forward,” the White House said in a factsheet.

The longer-term objective would be to ensure, until at least 2030, about 50 billion cubic metres (bcm) per year of additional U.S. LNG, the factsheet said.

EU leaders will discuss on Friday what more they can to do rein in high energy bills.

Spain, Greece and others will make their case for power price caps and market intervention, while a group that includes Germany and Netherlands will push back and seek to delay such moves, diplomat said.

The divisive issue of whether to impose an embargo on Russian energy, on top of the slew of sanctions already targeted at Moscow, will also come up but no decision is expected.

Russia supplies 40% of the EU’s gas needs and more than a quarter of its oil imports. Those most dependent on this supply – in particular Germany – are reluctant to take a step that would have a major economic impact.

The 27 leaders will also commit to start jointly buying gas and fill storage ahead of next winter to build a buffer against further supply shocks.