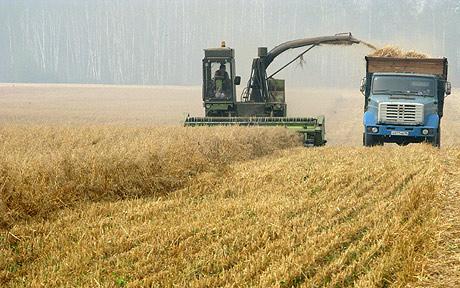 The global chemical-based crop protection market is expected to have recorded 6.2% growth in 2022 to $69,256 million at the ex-manufacturer level, according to preliminary analysis by S&P Global Commodity Insights’ Crop Science team (formerly known as Phillips McDougall). The projections are derived from its Agrochemical Market Analysis Sector Outlook reports. All market data are presented at the ex-manufacturer level, excluding the impact of retail and distributor margins.

The Commodity Insights’ Crop Science team emphasises the preliminary nature of the estimates. Upon completion of the fourth quarter, it will carry out further analysis to measure the market and finalise its estimates for the year. Estimates are derived from leading market and crop sectors and those specifics are transposed onto a general picture of wider regions from which those figures are cited. This report is therefore subject to change the team’s full 2022 estimates, which will be published in early 2023.

Following on from the impact of the Covid-19 pandemic in 2020 and 2021, this year has been dominated by conflict, macroeconomic factors and climate impacting global economies and a multitude of industries.

Factors influencing the crop protection market this year include Russia’s invasion of Ukraine, which has exacerbated energy and food security crises across the world, but the former acutely across Europe, and the latter particularly across the Middle East and Africa. It has also worsened the already emerging inflation in many major developed markets. Severe weather events around the world have also been experienced with drought and heatwaves across Europe and Asia, and devastating flooding in Pakistan. Prices of crop protection active ingredients have outpaced general inflation.

For Southern Hemisphere countries, market valuations are based on the 2021/22 agricultural year rather than the 2022 calendar year. They are also based on ex-manufacturer level sales.

The Asia Pacific market is expected to have grown by approximately 4% to reach nearly $21,900 million by the end of this year. The two largest markets in the region, China and India are expected to have performed well, driven by the high pesticide ai price environment that has been experienced from 2021 and into 2022. The representative prices of major ais such as glyphosate have seen double-digit growth over the first nine months of 2022 compared with the full year of 2021, according to data published by China Crop Protection Industry Association (CCPIA). Production restriction orders against energy-consuming industries have been imposed due to intermittent power outages, an impact of the government’s carbon neutrality goals. The rising Chinese market comes despite severe drought in key rice producing regions in the south of the country.

High product prices are a driver behind growth in the Indian rice market, which totalled $918 million in 2021. They have offset impacts from severe heatwaves and reduced planting of the kharif (summer) crop in the north-east region due to inadequate rainfall during the first half of the 2022 summer monsoon season, as well as currency headwinds. Growth in the Asia Pacific region has been somewhat dampened by weakness in Japan with a significant depreciation of the yen impacting sales. The Japanese Crop Protection Association JCPA expected flat sales (+0.4%) in yen terms, which would equate to an approximate fall of 13.3% in dollar terms to some $2,800 million.

In recent years, the European market has been in overall decline, impacted by one of the strictest regulatory regimes as a number of molecules have been banned or phased out, as well as unfavourable weather events. In 2021, the trend reversed. However, the long-term trend of decline returned.

The sprawling Europe, Middle East, Africa (EMEA) region is projected to have declined 4% to approximately $15,700 million. For cereals, by far the largest crop sector of the European agrochemical market, yields across the EU plus the UK (EU27+UK) is forecast have decreased by 3.7% with severe drought having impacted several areas since the start of the year. Furthermore, the euro has weakened significantly against the dollar, impacting performance when measured in dollar terms.

The Russian invasion has had a significant impact on the Ukraine crop protection market with dramatically reduced areas of key crops such as wheat, down 29%, sunflowers off 35% and maize, down 18%, as a result of reduced availability of seed, fuel, labour and other inputs. Ukraine’s crop protection market, which was valued at $849 million in 2021, is expected to have declined by around a third. In contrast, despite the implementation of sanctions, the Russian economy has strengthened as soaring energy prices boosted the value of the rouble. Furthermore, similar to the scenario following the annexation of the Crimea in 2014, Russia has reacted to sanctions by increasing agricultural production to ensure domestic food security. Domestic companies such as Avgust have benefited from the withdrawal of multinational corporations such as FMC and Corteva from the country.

Following a decline in 2020/21, Commodity Insights’ Crop Science expects Latin America to show a significant rebound, increasing by around 16.9% to some $19,100 million in 2021/22. The estimates cover Mexico and Central America, as well as South America.

The market has been plagued by currency headwinds for years, particularly in Brazil, which was the largest national agrochemical market in the world at $10,700 million in 2020/21. However, a strengthening real has boosted business this year. Furthermore, the country experienced a return to more favourable weather following dry conditions in key producing regions. Maize yields are estimated to have increased by 26% on account of positive winter crop conditions for the major producing states. Despite severe drought in the southern states, expanded areas of soybeans along with anticipated increased exports added to crop protection demand and further boosted rising product prices. The market’s optimism has produced double digit-growth in the soybean crop protection market. In Argentina, increased maize areas and higher product pricing are driving crop protection growth.

North American business encompassing Canada and the US is also up. Higher ai prices and modest increases in soybean areas along with favourable yield expectations is driving higher value sales in crop protection in the US. The higher prices for maize products are more than offsetting negative impacts of farmers eschewing fertilizer intensive crops, and planting delays caused by cold and wet weather. In contrast, the cotton market is expected to have declined significantly this year, impacted by harvested areas contracting by almost a third and high levels of abandonment in key states such as Texas, resulting in the smallest crop since 2015/16.

The general situation in Canada is similarly optimistic, boosted by strong expansion in the wheat area, favourable prices and strong global demand for the crop. Increases in spring and durum wheat planted areas offset decreases in winter wheat planting.

The S&P Global Commodity Insights’ Crop Science team highlights some of the major concerns harming the crop protection market. Those include: high regulatory pressure, particularly in Europe, resulting in key ais being banned/restricted and promoting the use of biologicals and IPM systems; unfavourable weather in many key country markets with floods in Pakistan, and drought in China and across much of Europe during the northern summer; high product prices, particularly for glyphosate as a result of the Chinese government’s carbon neutrality initiatives to improve the efficiency of power usage, hitting manufacturing; the impact on the fertilizer market from Russia’s invasion of Ukraine, as well as the war’s limiting global stocks of key crops such as grains and oilseeds. The strengthening dollar over 2022 has weighed on several markets, but a rising Brazilian real has strengthened Latin America’s dominant market.