HomeContainersMaersk Ship Freed After Running Aground Near German Port

Maersk Ship Freed After Running Aground Near German Port 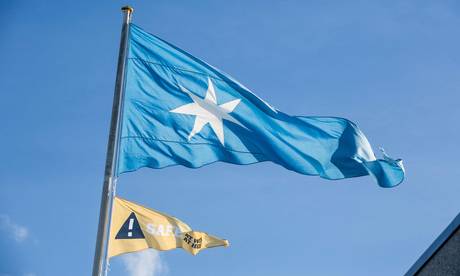 A giant container vessel owned by A.P. Moller-Maersk A/S has been freed after running aground outside a German port, removing worries about a possible new snarl for global shipping.

The Mumbai Maersk, one of the world’s largest container ships, was refloated on Friday after it ran aground on a shallow patch near Bremerhaven late Wednesday, according to a person familiar with the matter, who asked not to be identified as the details are private. The vessel is now moving away with restricted maneuverability from the site, Bloomberg shipping data shows.

Emailed requests for comment sent to Maersk and the port of Bremerhaven weren’t immediately answered Friday outside usual office hours.

The world’s shipping sector has been beset with congestion and delays, slowing the flow of goods between the U.S., Europe and Asia’s manufacturing hubs, as the spread of the omicron variant of coronavirus causes worker shortages.

Mumbai Maersk was sailing from Asia to Germany with cargo bound for Scandinavian countries when it ran into trouble, Copenhagen-based Maersk said. Extra tugs were deployed and a new attempt to free the vessel was made on Thursday after an earlier attempt failed.

No damage to the hull or crew injuries have been reported, and the vessel hadn’t blocked the port’s entrance, according to the shipping line. The vessel is roughly equivalent in length to the Ever Given, which held up world trade for about a week when it become lodged in the Suez Canal last year.