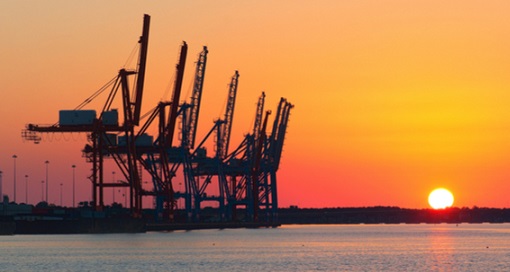 The Port of Virginia set a new June cargo volume record having handled more than 281,000 TEUs, which is an increase of nearly 71,000 units year-over-year.

June was the tenth consecutive month of record-breaking volumes for the port and helped push its total TEU volume for fiscal year 2021 (FY21) to a record-breaking 3.2 million units. The port’s FY21 TEU volume increased 16.8 percent and 9.6 percent, respectively, when compared with FY20 and FY19 (the port’s previous best fiscal-year performance). The port’s fiscal year runs begins July 1 and runs through June 30.

“The colleagues and partners of The Port of Virginia rose to the challenge,” said Stephen A. Edwards, the port’s CEO and executive director. “For much of the fiscal year, we were handling record volumes under COVID-restricted conditions, and we did so safely, swiftly, and sustainably. We consistently handled record-breaking volumes at industry-leading performance levels.”

Though the lingering effects of the pandemic on trade slowed cargo volumes in the first two months of FY21 (July – August), the balance of the year held a number of record-setting performances and world class efficiency at the port’s terminals. The port’s total turn-times for motor carriers and dwell-time for import rail cargo was better than industry standards, there were no workdays lost to the pandemic and the port continued to add new, modern cargo handling equipment to its operations.

The fiscal year’s record cargo volume was driven primarily by an increase in loaded imports, followed by growth of empty export boxes. In FY21 the port worked 1,538 vessels, which is 100 more vessels than in FY20. Among the ships handled in FY21 was the 16,000-plus TEU CMA CGM Marco Polo, the largest vessel to call the US East Coast. The port serviced 133 ship calls in June, an increase of 27 calls versus June 2020.

June’s rail volume of 51,442 containers was driven by an increase in rail import containers and is an increase of 31.8 percent and 6.8 percent, respectively, when compared with June 2020 and June 2019. The Port of Virginia maintained its position as the US East Coast’s leading rail port having moved 33 percent of its total cargo volume, or nearly 582,000 containers by rail in FY21.

“We expect to see strong volumes as we head deeper into the summer and the beginning of peak season,” Edwards said. “We’re going to keep working our plan of adding assets and, if necessary, hours to the operation, to ensure cargo flow and accommodate the cargo owners.”