HomeHeadlinesRussian oil imports to the UK dry up for first time on... 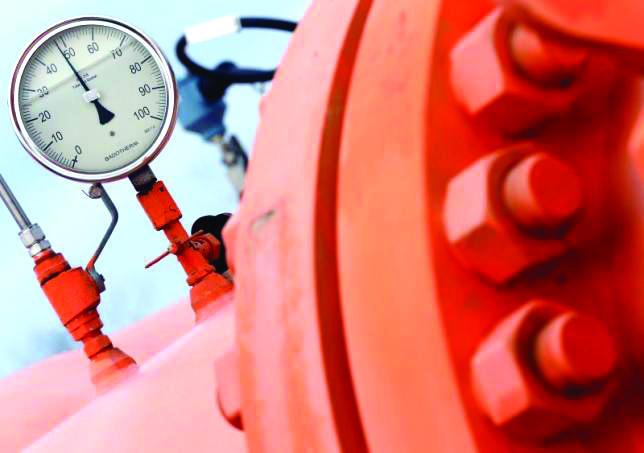 “Before Russia invaded Ukraine, 17 million mt/year of regas terminals were expected to come online in 2022; however, now we expect 10 million mt/year to commission in 2022,” Agarwal said.

“We believe there is still significant risk around the commissioning of these terminals because, in the absence of term contracts, they will be forced to import LNG from the spot market but won’t be able to pass on such high prices to price-sensitive downstream consumers,” he added.

According to some sources, the target was to reach a nameplate capacity of over 75 million mt/year by 2030.

Meanwhile, the Hoegh Giant floating storage and regasification unit, or FSRU, with a storage capacity of 170,000 cu m and installed re-gasification capacity of 750 million cubic feet/day, arrived at H-Energy’s Jaigarh terminal in Maharashtra in March. It was meant to deliver re-gasified LNG to the 56-km long Jaigarh-Dabhol natural gas pipeline, connecting the LNG terminal to the national gas grid.

However, according to sources, the FSRU did not get commissioned.

Swan Energy’s 5 million mt/year FSRU located at Jafrabad, Gujarat, is expected to be commissioned this year, according to local media reports. The company was also heard to have signed regasification agreements with the Gujarat State Petroleum Corp., Indian Oil Corp., Bharat Petroleum Corp., and Oil and Natural Gas Corp. covering its entire volume for 20 years.

“The project is being pushed aggressively and could be commissioned this year-end or early next year,” a source at one of the state-owned refiners said.

Both H-Energy and Swan Energy did not comment at the time of writing.

According to S&P Global data, India’s LNG imports are set to average 81 mcm/d this year, down 12% from a year ago. For H2 2022, imports are forecast to drop 7 mcm/d from the previous year, averaging 82 mcm/d, the data showed.

“India has always been a price sensitive market. Europe can pay a much higher price as Russia limits supplies, restricting availability for India,” the source said, adding that demand destruction was inevitable and some of it was already happening.

“There is very little spot demand because there are no spot volumes that are available,” another source said.

The prevailing high international prices are not getting reflected in India’s natural gas market, as a demand lull has already set in but long-term growth momentum still exists, the sourced added.

The Platts JKM surged this week on the back of tighter Atlantic basin and reached a new high of $61.03/MMBtu on Aug. 22. The Platts JKM for October was assessed at $55.828/MMBtu Aug. 24, S&P Global data showed.

After the recent meteoric rise of spot LNG prices, spot imports have dried up in the Indian market.

GAIL is leveraging its US contracts to arrange for swap cargoes, sources said.

Otherwise, importers like GSPC and IOC, who almost bought a spot cargo a month last winter, have recently stayed out of the spot market, they said.

Meanwhile, Petronet, India’s largest LNG importer, is negotiating its 11.7 billion cu m/year term contract for lower slopes with Qatargas, which is expected to expire in 2028. To negotiate for better slopes and meet the growing demand, Petronet may need to increase the volume of its contract with Qatargas. Petronet’s existing deal is indexed to Brent at 12.6% slope.

Petronet LNG has pushed back plans to import 1 million mt/year of LNG potentially targeted toward small industrial users after a surge in global prices, its finance director Vinod Kumar Mishra said during an investor call recently.

GAIL has already started rationing gas to fertilizer plants and industrial clients. In May, the company said that supplies to its own petrochemical unit at Pata in Uttar Pradesh had been halved to avoid spot buying amid prevailing high LNG prices.