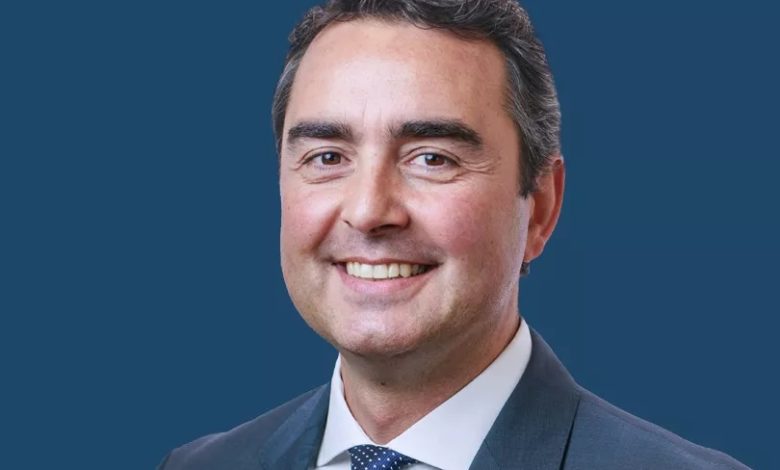 • Signed a one-year time charter agreement for the GasLog Seattle with TotalEnergies SE (“TotalEnergies”) and extended the time charter of the GasLog Santiago with Trafigura Maritime Logistics PTE Ltd. (“Trafigura”) for an additional twelve months.
• Repurchased $12.4 million of Series B and Series C Preference Units in the open market.
• Repaid $36.1 million of debt during the third quarter of 2021, or $90.9 million of debt in the first nine months of 2021.
• Post quarter-end, completed the sale and lease-back of the GasLog Shanghai with a wholly-owned subsidiary of China Development Bank Leasing (“CDBL”), releasing $20.1 million of incremental net liquidity.
• Quarterly Revenues, Profit, Adjusted Profit(1) and Adjusted EBITDA(1) of $80.5 million, $26.5 million, $24.7 million and $57.3 million, respectively.
• Quarterly Earnings per unit (“EPU”) of $0.37 and Adjusted EPU(1) of $0.34.
• Declared cash distribution of $0.01 per common unit for the third quarter of 2021.

Paolo Enoizi, Chief Executive Officer, commented: “I am pleased to report a strong operational and financial quarter for the Partnership. Our fleet performed with nearly 100% uptime, while our revenues and cash flows improved significantly from the second quarter.

During the third quarter, we repaid $36.1 million of debt, bringing the total amount of debt retired in the first nine months of 2021 to $90.9 million. We also repurchased approximately $12.4 million of preference units in the open market below par, reducing the fleet’s all-in cash break-even. In addition, we have 100% of available revenue days fixed in the fourth quarter of 2021 and 76% in 2022. This fixed charter coverage along with the cash flows generated thus far in 2021 more than covers all the Partnership’s operating, overhead, current debt service and other fixed obligations through at least 2022.

Our capital allocation priorities for 2022 remain focused on reducing our leverage and improving the cash break-even of our fleet. This may include accelerated debt repayment or further opportunistic repurchases of our preference units in the open market, subject to market conditions. Lower debt levels and cash break-even rates will position the Partnership for continued success in the spot and short-term market for LNG shipping.”

Management classifies the Partnership’s vessels from a commercial point of view into two categories: (a) spot fleet and (b) long-term fleet. The spot fleet includes all vessels under charter party agreements with an initial duration of less than (or equal to) five years (excluding optional periods), while the long-term fleet comprises all vessels with charter party agreements of an initial duration of more than five years (excluding optional periods).

For the three months ended September 30, 2020 and 2021, an analysis of available days, revenues and voyage expenses and commissions per category is presented below:

(*) Available days represent total calendar days in the period after deducting off-hire days where vessels are undergoing dry-dockings and unavailable days (i.e. days before and after a dry-docking where the vessel has limited practical ability for chartering opportunities).

Revenues increased by $7.7 million, from $72.8 million for the quarter ended September 30, 2020, to $80.5 million for the same period in 2021. The increase is mainly attributable to the improved performance of our spot fleet, in line with the ongoing improvement of the LNG shipping market in 2021, as well as fewer off-hire days due to scheduled dry-dockings in the third quarter of 2021, as discussed above.

Vessel operating costs decreased by $0.7 million, from $19.3 million for the quarter ended September 30, 2020, to $18.6 million for the same period in 2021. The decrease in vessel operating costs is mainly attributable to a decrease of $1.1 million in technical maintenance expenses primarily in connection with increased maintenance needs of the fleet in the third quarter of 2020 compared to the same period in 2021 and decreased insurance costs of $0.7 million, partially offset by an increase in crew costs of $1.0 million, mainly as a result of COVID-19 restrictions (increased costs for travelling and quarantines). Daily operating costs per vessel (after excluding calendar days for the Solaris, the operating costs of which are covered by the charterer) decreased from $15,005 per day for the three-month period ended September 30, 2020 to $14,406 per day for the three-month period ended September 30, 2021.

The increase in Adjusted EBITDA of $10.5 million, from $46.8 million in the third quarter of 2020 as compared to $57.3 million in the same period in 2021, is attributable to the increase in revenues of $7.7 million and an aggregate decrease of $2.8 million from reduced operating expenses and general and administrative expenses, as discussed above.

Loss on derivatives decreased by $0.8 million, from $1.0 million for the three-month period ended September 30, 2020, to $0.2 million for the same period in 2021. The decrease is attributable to a net decrease of $0.9 million in realized loss on derivatives, partially offset by a net decrease of $0.1 million in unrealized gain from the mark-to-market valuation of derivatives which were carried at fair value through profit or loss.

As of September 30, 2021, we had an aggregate of $1,198.3 million of borrowings outstanding under our credit facilities, of which $195.7 million was repayable within one year. Current borrowings consist of an amount of $96.4 million which was prepaid pursuant to the completion of the sale and lease-back transaction of the GasLog Shanghai with CDBL in October 2021, and $99.3 million of scheduled debt amortization for the next twelve months.

Sale and Lease-Back of the GasLog Shanghai

On October 26, 2021, GasLog Partners completed the sale and lease-back of the GasLog Shanghai, a 155,000 cubic meter (“cbm”) tri-fuel diesel electric propulsion (“TFDE”) LNG carrier, built in 2013, with CDBL. The vessel was sold and leased back under a bareboat charter with CDBL for a period of five years with no repurchase option or obligation. The completion of the transaction released $20.1 million of incremental net liquidity (net sale proceeds less debt prepayment) to the Partnership, while the vessel remains on its charter with a subsidiary of Gunvor Group Ltd.

Board of Directors Change

Mr. Daniel Bradshaw has notified us that he will step down from the Partnership’s board of directors (the “Board”) with effect from October 31, 2021 for personal reasons. The Board has appointed Ms. Kristin Holth as an Independent Director of the Board with effect from November 1, 2021 to fill the vacancy created by Mr. Bradshaw’s departure.

From 2017 to 2020 Ms. Holth served as Executive Vice President and Global Head of Ocean Industries in DNB Bank ASA, Norway’s largest financial services group. She has significant experience in capital markets and funding and has held numerous management positions within DNB, including Global Head of Shipping, Offshore & Logistics for four years and General Manager & Head of DNB Americas for six years.

Ms. Holth also holds several board positions, including Independent Director of Maersk Drilling and Maersk Tankers. Ms. Holth also sat on the board of directors of GasLog Ltd. (“GasLog”) from September 2020 to June 2021. She holds a Bachelor in Economics and Business Administration from BI Norwegian Business School.

Curt Anastasio, Chairman of the Board of GasLog Partners stated, “On behalf of the Partnership’s Board and management, I want to thank Dan for his many contributions to GasLog Partners since his appointment in May 2014 and wish him all the best for the future. I am very pleased to welcome Kristin to the Board. Her experience in shipping and energy capital markets will be a welcome addition to the Board.”

Global LNG demand was 92 million tonnes (“mt”) in the third quarter of 2021, according to Poten & Partners Group, Inc. (“Poten”), compared to 85 mt in the third quarter of 2020, an increase of approximately 8%, primarily led by increased demand in Asia and South America. Asian demand in the third quarter was primarily in response to seasonal cooling demand, inventory re-stocking and a continued economic recovery, while South American demand was in response to lower hydroelectric output in the region and a colder than average winter. This growth was offset by declines in Europe as it was outcompeted for gas from buyers in Asia and South America, which was reflected in the strong regional gas price differentials between these regions.

Global LNG supply was approximately 92 mt in the third quarter of 2021, growing by 8 mt (or 11%) year-over-year, according to Poten. Supply growth in the third quarter was dominated by output from the United States (“U.S.”), which increased by 11 mt, or 157% year-over-year, primarily due to increased utilization of existing liquefaction terminals, but also due to the startup of new trains in the second half of 2020. Growth in U.S. production offset declines from many other supply sources in the Atlantic basin, including Trinidad, Norway, Angola, Nigeria and Algeria, either due to feedstock issues or unplanned downtime. Looking ahead, approximately 125 mt of new LNG capacity is currently under construction and scheduled to come online between 2021 and 2026.

As of October 22, 2021, Clarksons assessed headline spot rates for TFDE and Steam LNG carriers at $160,000 per day and $112,500 per day, respectively. Forward assessments for LNG carrier spot rates indicate rising spot rates through the remainder of the year and expectations for rates to remain above mid-cycle through the first quarter of 2022.